I think I made the last ride of the season in the Winter Park area on my cross country mountain bike.
Winter has really arrived. It is like it was waiting for us to say good bye to fall by letting us hold onto the
last ties to summer just a bit longer.

It was a hard decision on what was going to be the last classic ride of the year. I thought Tipperary would
be very fitting. It has always been an iconic trail and has a vast history. Our first races where held there.
The race course aka Tipperary Race Course had national and international status. At one point Velonews
magazine named it one of the top 5 cross country race courses anywhere. We were a haven for world
class mountain bikers. It was not uncommon to see the who’s who of international mountain bike racing
training here. A get together of mountain bikers was more like seeing the future Hall of Fame inductees
in their youth. World Champion Julia Furtado was a regular along with icons Susan DeMattei, Missy
Giove as well as many others. Local pros Wade Wilderman, Todd Wilderman and Bill Reed (they built
WTB) lived and trained here.

We set off, riding up the Church’s Park road, being careful while navigating the occasional snow and ice.
Once we made the turn to Tipperary we were met with a few additional challenges. The first stream
crossing was frozen on either end. After carefully tip toeing across the stream in order not to get our
feet wet we continued up the trail. There was ample snow in the shaded areas. What was normally good
traction on dirt was now covered with a few inches of snow making us work that much harder. Open
areas gave way to clear trail. Animal tracks were abundant. A bear had walked down and elk had walked
up. Moose tracks seemed to wander on and off of the trail. Occasionally we had to walk a bit when deep
snow was a bit much for our cross country bikes. The last mile which is normally the easiest part, held
the deepest snow as it is the most shaded. This normal easy section now became an accomplishment.
Upon reaching the top it was both a reward to be there and reality that fall and summer had just about
ended.

Rolling down towards the St. Louis Creek Road was a joy. The exposure allows more sun to reach the
trail and the track was mostly clear. The normal springs were frozen which made you pay a bit more
attention but for the most part it was like summer had returned. Animal tracks were easy to see near
the top due to the snow cover. It still surprises me as to how many animals use and cross the same trails
we ride. I remembered Eric Hendren’s story from many years ago of stopping to change a flat only to
hear some noise from a couple of bear cubs perched high in a tree above him.

The ride home was bittersweet. As anxious as I am for winter it is always sad to see summer and fall
come to an end (on that note, you can typically ride in the Kremmling area now). It has me thinking of
next year and the things to come. The summer and fall riding was so much fun. I’m looking forward to
what is in store in the future. The trail system will change. The changes that have happened have overall
improved the riding experience. The years of neglect of the trail system desired experience are over and
with that a planned and designed system is possible. 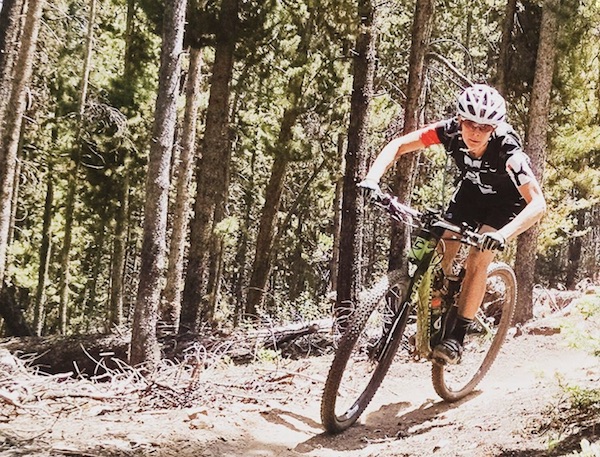